Several months ago @elijahmanor posted a great little tech tip on switching themes in Kitty terminal. I had already built a version of this for Kitty and ZSH, but never updated it for Fish. He and I were talking afterward on how cool it would be to have Kitty, Neovim, and Fish all follow the same theme… which I eventually implemented but never documented.

The light/dark mode toggle consists of:

First: You need to tell Kitty to accept commands from other scripts:

A key part of my implementation was switching to Zenbones as a Neovim theme. Years ago my friend Ben showed me his low-contrast, simple editor theme. He argued that not having the colors caused him to actually read the text rather than jump his eyes from keyword to keyword. I liked the idea, but never found a theme I liked more than my beloved Gruvbox. 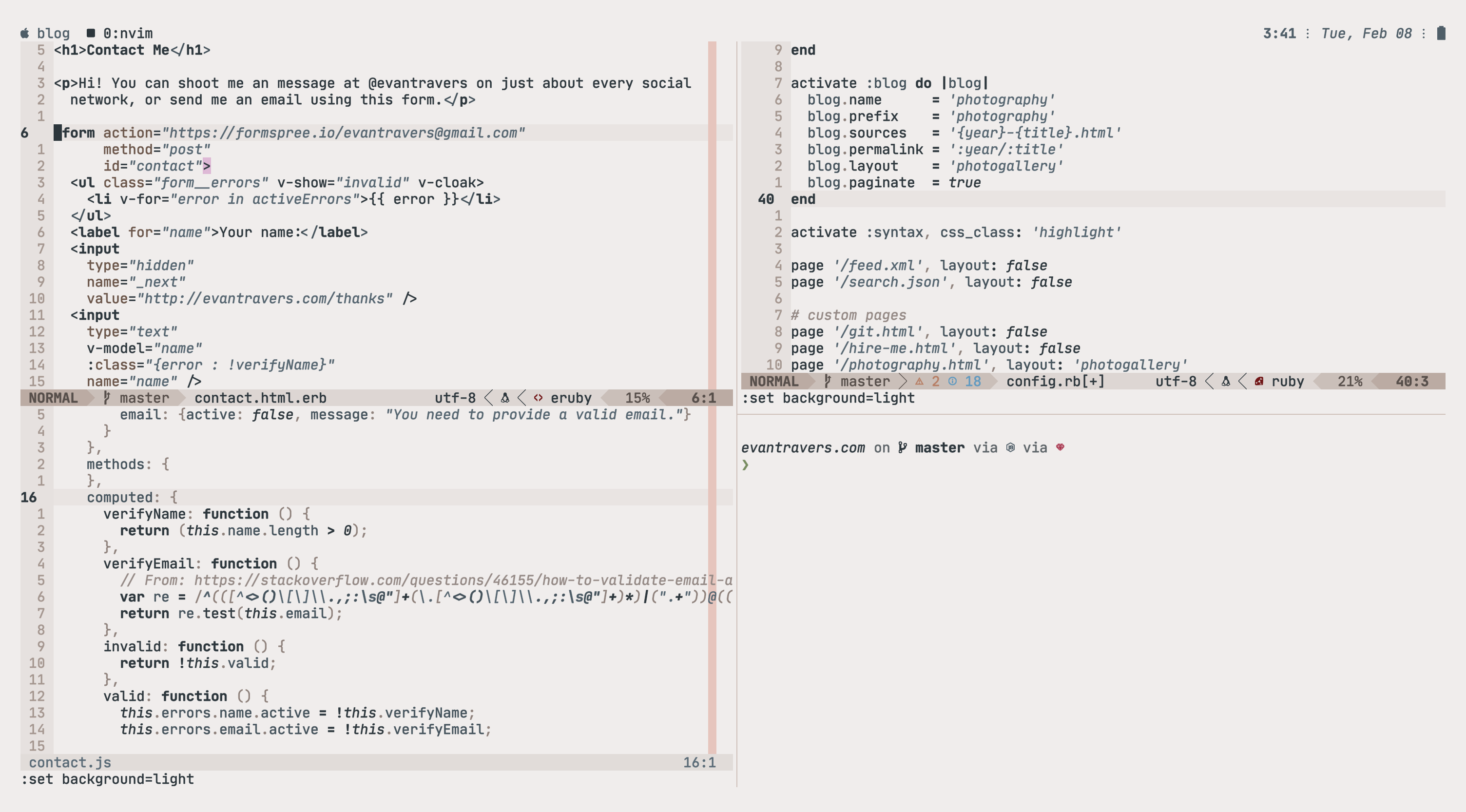 I have been on Zenbones for four months now and really love it. It also conveniently ships with theme files for iTerm, Kitty, and other tools. This means that all I had to write were the fish functions!

All it does is set the env variable and tell Kitty to use the Kitty theme provided by Zenbones. There is an equivalent light function. I honestly have no clue why set -xU works here… it just does. When you run the function in any session, it exports and changes in every session and pane of Tmux. 🤷

That's it! It's not smart enough to go update the light/dark status for all the Neovim sessions already open, but thanks to vim-unimpaired that's just a yob1 away.