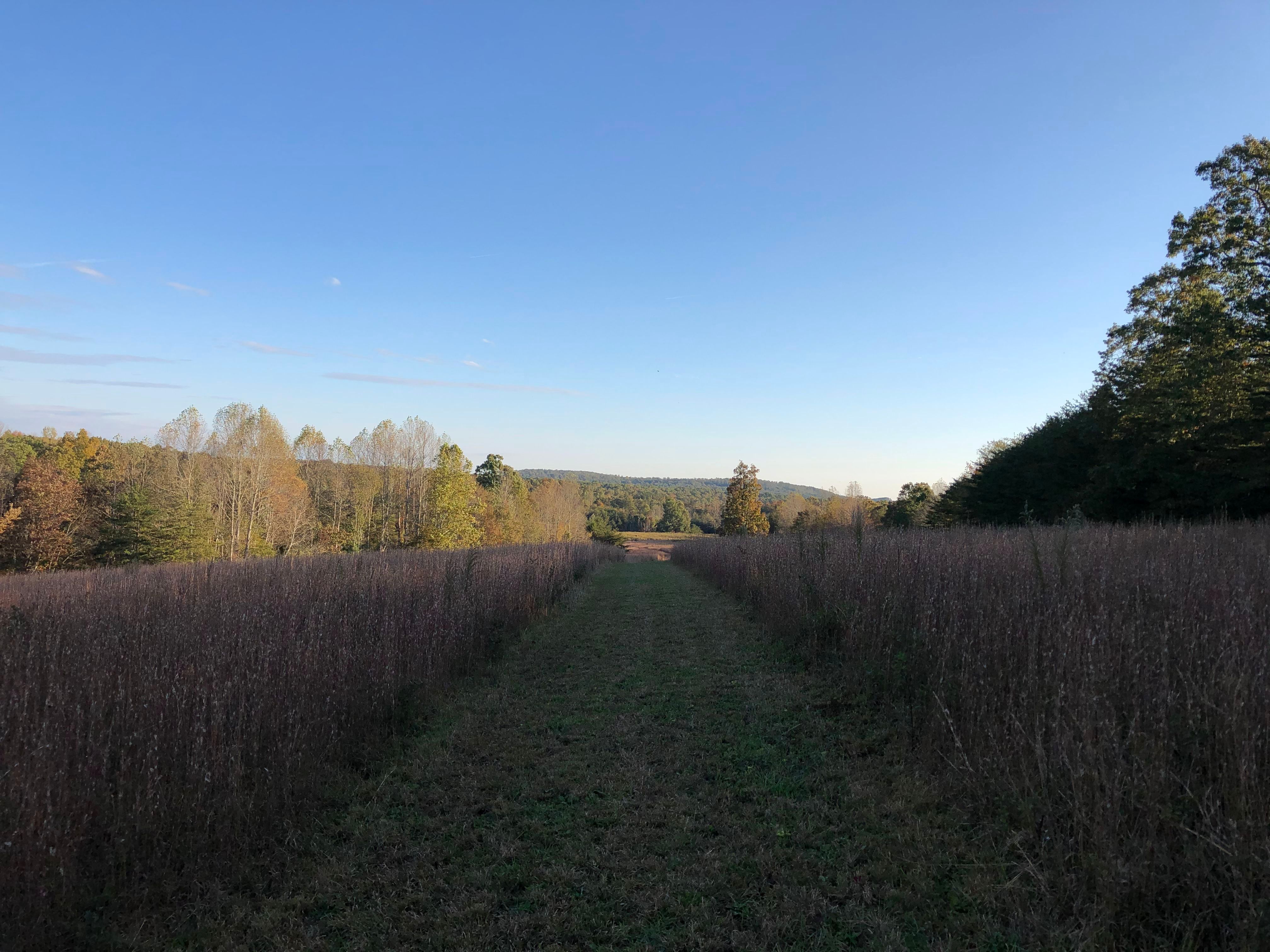 This year is flying by... I can't believe how quickly this month has come and gone. Grateful for a lot of beautiful days spent outside with those that I love.

I did get some writing done this month... I have adjusted my system to where I have a big folder of wild, half-written idea sentences, and an area where I continue to edit and develop those ideas, and I think that's unblocked me a little bit when it comes to writing.

I do owe many of you an update to my Simple Markdown Zettelkasten post... honestly I started a transition between two styles of ZK and kinda got stuck. Fortunately, both have stable IDs in the content of the file, so it's still usable... it just offends my data aesthetic. 🤷‍♂️

I've been catching up on some web reading and some writing, so I haven't done as much reading this month.

Part one of a four-part documentary series about the cypherpunk movement of the 1990s, which led to the creation of bitcoin, WikiLeaks, and more.

Originally linked on Marginal Revolution, I enjoyed this dive into the philosophical underpinnings of the early cypherpunk folk… makes me want to read Cryptonomicon again.

(And reinstall PGP or something!)

America in Decay: The Sources of Political Disfunction

What was arguably one of the most important changes in American public policy came about not because Congress as representative of the American people voted for it but because private individuals litigated through the court system to change the rules. […] There is virtually no other liberal democracy that proceeds in this fashion.

I'm not a giant Fukuyama fan, but his depiction of "adversarial legalism" is interesting.

America in Decay: The Sources of Political Disfunction, Francis Fukuyama, 2014

Since its inception in 1970, Conway’s Game of Life has developed a cult following of researchers, engineers, and hobbyists, pushing each other to construct increasingly elaborate “machines” from pixels on a screen. These investigations have resulted in a lengthy taxonomy of motifs, reactions, and mechanisms, as well as engineering principals and design abstractions. These days you can spend a long time on YouTube exploring the seemingly impossible things people are designing in the “simple” Life universe.

I've been in love with this simple puzzle toy ever since learning about it… it seems every five years when I check back in on it there are new crazy nano machines being built in it.

This is an amazing behind the scenes look at a master builder… my brain is still boggled at how complicated that wing is.

Nick builds his creations as an iterative process–he’ll work on the same design for months, going through multiple versions and refining the design until everything fits just the way he wants. Usually, he’ll do this without regard for color, and only once he has the design down pat does he rebuild it in the final colors. Nick has published a few images of this ship giving us a look under the hood. First up, let’s look at the wing without the final colors applied, which makes it easier to distinguish the individual elements. One of the key elements you can spot here is that strange slope with 5 studs from the 90s (all those yellow parts in the image below). Incorporating its unique geometry makes for a fantastic starting point if you’re looking to give your LEGO brain a workout.

As my friend Andy B. put it best: "this is the greatest example of the idea that constraints breed creativity i've seen in a LONG time." 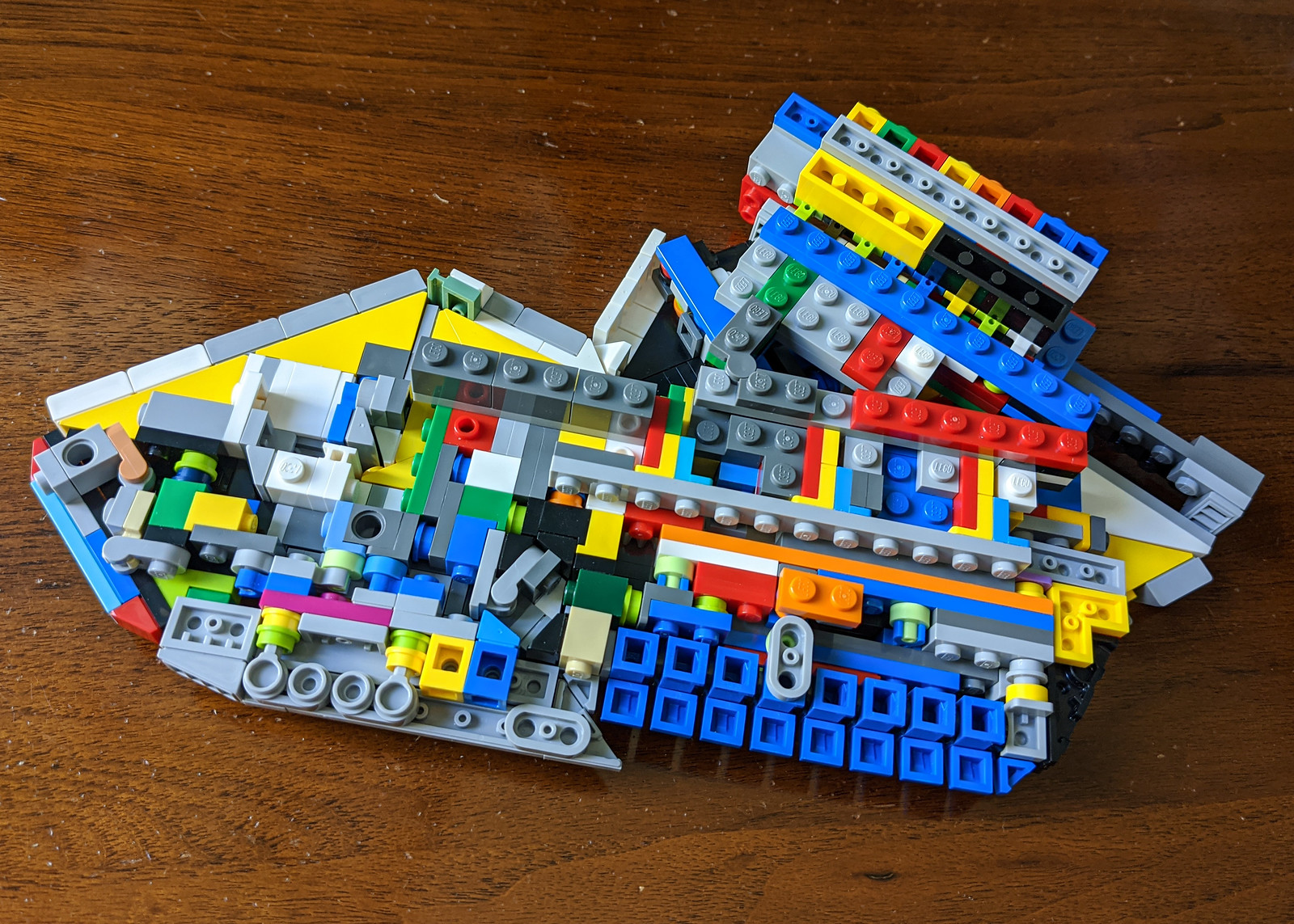 I've thought about this video a lot. The central question keeps bouncing around my head.

Shoutout to Seth for pointing me at this awesome blog. I'm a fan.

Regardless of how this manifests in your system, it's vital to document and review your thoughts, ideas, and notes. Don't disregard them to gather dust in the corner of the closet (of your mind?).

Great write up of a mature planning process.

One of my favorite browsers hack is to use the .new domain in the address bar to jump straight into the action. https://t.co/N5LpCIF7VX -> creates a new Google Calendar Event No need to visit the app, find the right menu, and then start an activity. More on this👇 https://t.co/aIEoYEMGql" / Twitter

This thread was worth it just for "meet.new." 🙌

I have loved quines since school, this is a pretty cool example of one.

Focus management is the practice of coordinating what can and cannot receive focus events. It is one of the trickier things to do in front-end development, but it is important for making websites and web apps accessible.

It's true that FP articles and papers are hard to understand, but they don't have to be. The reasons for the knowledge gap are purely historical. There is nothing inherently hard about FP concepts. Consider this article "an accessible guide to FP", a bridge from our imperative minds into the world of FP. Grab a coffee and keep on reading. With any luck your coworkers will start making fun of you for your FP comments in no time.

I know this has been floating around for a while, but I'm re-reading it and enjoying it.

Earlier this year, I developed Cubital Tunnel Syndrome, a repetitive-strain injury, in both of my elbows. As a result, I pretty much can't use a mouse or keyboard; after a few minutes, I get a burning pain shooting down my arms. Even if I try to limit my computer usage to 60-second bursts, I wind up inadvertently making the situation worse.

As you might imagine, this was a pretty big deal; as a software developer, my entire career is based on being able to use a keyboard!

After many failed attempts at solving the problem with physiotherapy, ergonomics, and prescription medications, I've found a solution that allows me to be productive without risking further nerve damage. I now work almost exclusively using a microphone and an eye-tracker.

Flexbox, Grid, Multi-Column… To say nothing of whole new paradigms like CSS-in-JS.

So after the success of our annual State Of JavaScript survey, we’ve decided to take on the world of styles and selectors to help identify the latests trends… and try to bridge the ever-growing “great front-end divide”!

I loved that at the end of this survey it gave me a list of things I marked that I didn't know with a link to learn more… that's awesome.

But before starting, since this is going to be a long article, I want to immediately share my main points:

Using a blackjack game, the author explains an interesting idea that feels more like pure mathematics than anything else. I think this will unblock me in Advent of Code!