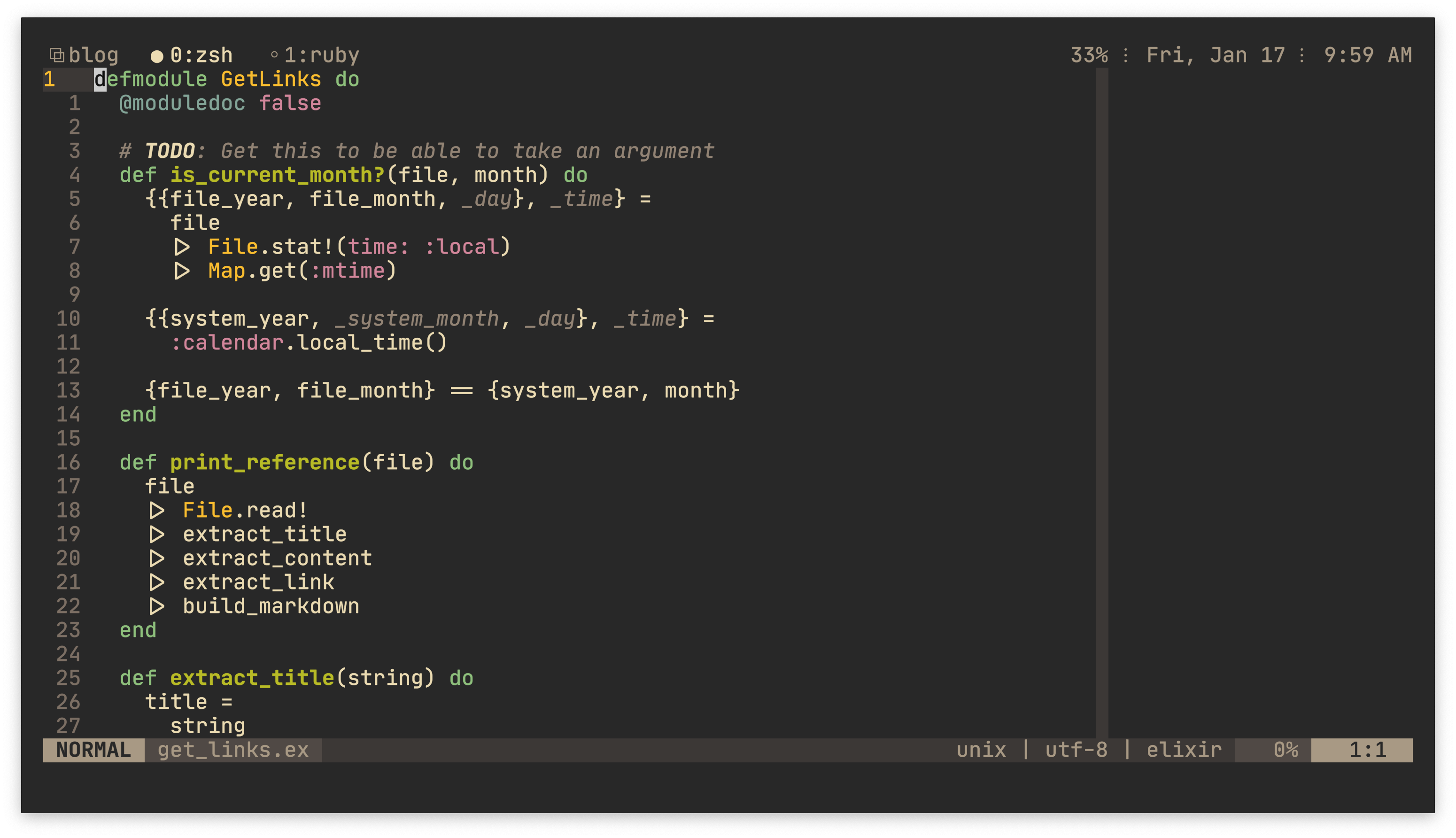 I had been using iTerm2 for years, and it is an excellent emulator. After trying Alacritty1, I settled on Kitty. Kitty was fast, cross-platform, and simple to configure. I use tmux as my multiplexer, so having a very bare-bones terminal that is easy to configure makes lots of sense to me. I haven't looked back.2

Kitty has another advantage that I discovered only very recently. I recently switched my font to Jetbrains Mono on a lark, and started to look and see what would be required in order to get italics and underlines to work properly in my terminal. To get tmux to play nice with italics, you have to specify a terminfo file that also supports it, and most people were rolling their own custom one.

It turns out that kitty supplies a custom terminfo file that supports all the features I could ever want, so all I have to do is tell tmux to use xterm-kitty3, and I'm done! It was a lot easier than making a shell script that copies my standard terminfo, patches it with italic support, and installs it using tic.

I've tested it only a little bit, but this appears to work in other terminals as well. You could just brew cask install kitty, and continue to use it in Terminal.app or iTerm2.