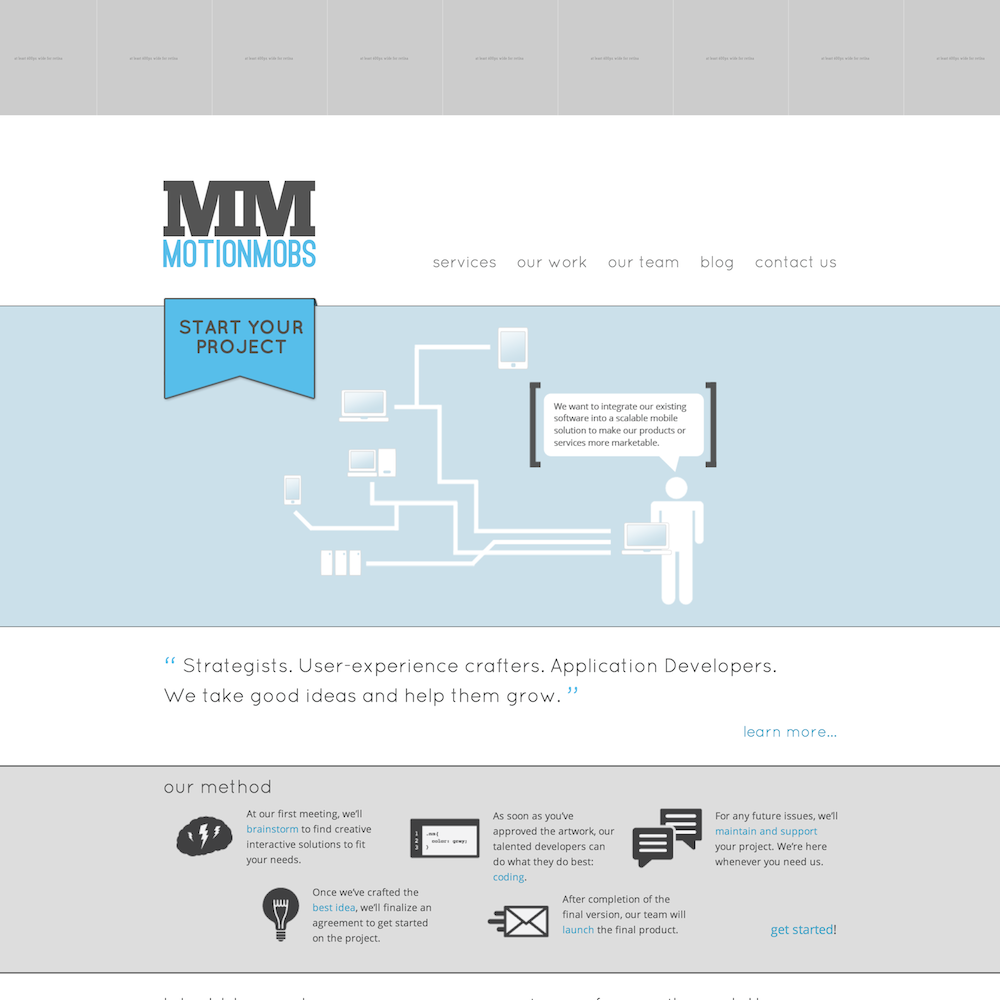 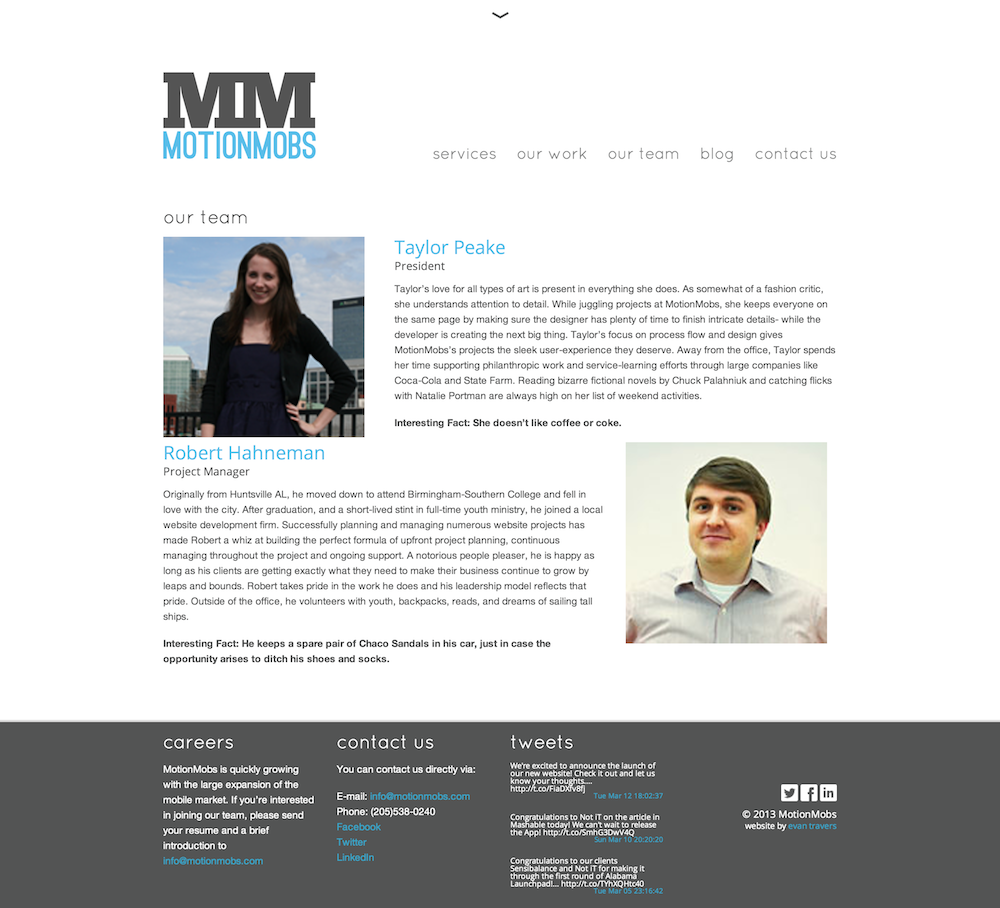 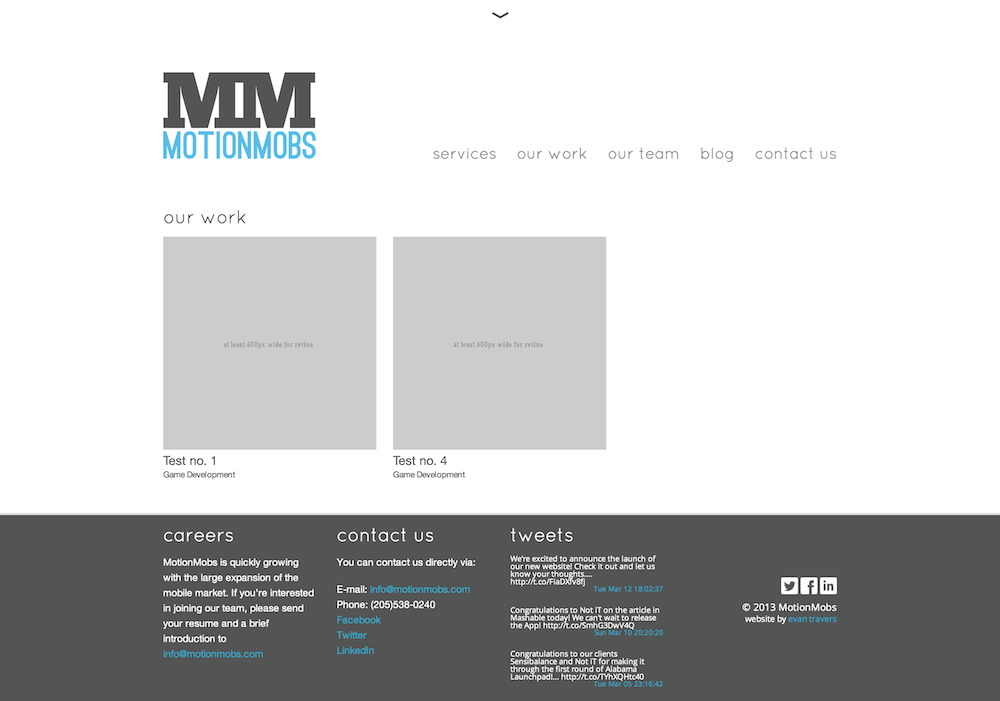 Motionmobs is a wonderful app development company here in Birmingham owned by some good friends of mine. They were moving out of their first office, expanding their staff, and moving into a beautiful old building downtown. They wanted to move out of their old tired website to something equally new and beautiful. Being an app development company, they wanted a responsive design that would work equally well on phones as it does on the desktop.

I chose to go with a clean, modern look that I felt would highlight large photos of their work. 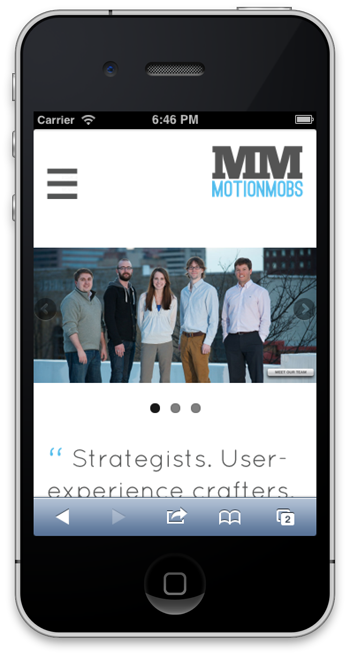 My task was to design the site, visualize the mobile components, and build a living html/css styleguide to guide their developers as they built out the site in wordpress. They would then provide graphic elements and content throughout my design.

I did a lot of the design in code first, which was a wonderful experience, and built the styleguide site using Zurb’s Foundation 3 and Middleman. Middleman proved a great tool for this task, it provides a nice balance between static site building (minimal coding, just front end) and a full web-app toolset. I was able to do really neat things like write an import for their wordpress blog so that they could be looking at live data in their static styleguide, while still writing a very thin, simple front-end layer. I was also able to leverage neat tools like SASS, HAML, and Coffeescript easily. 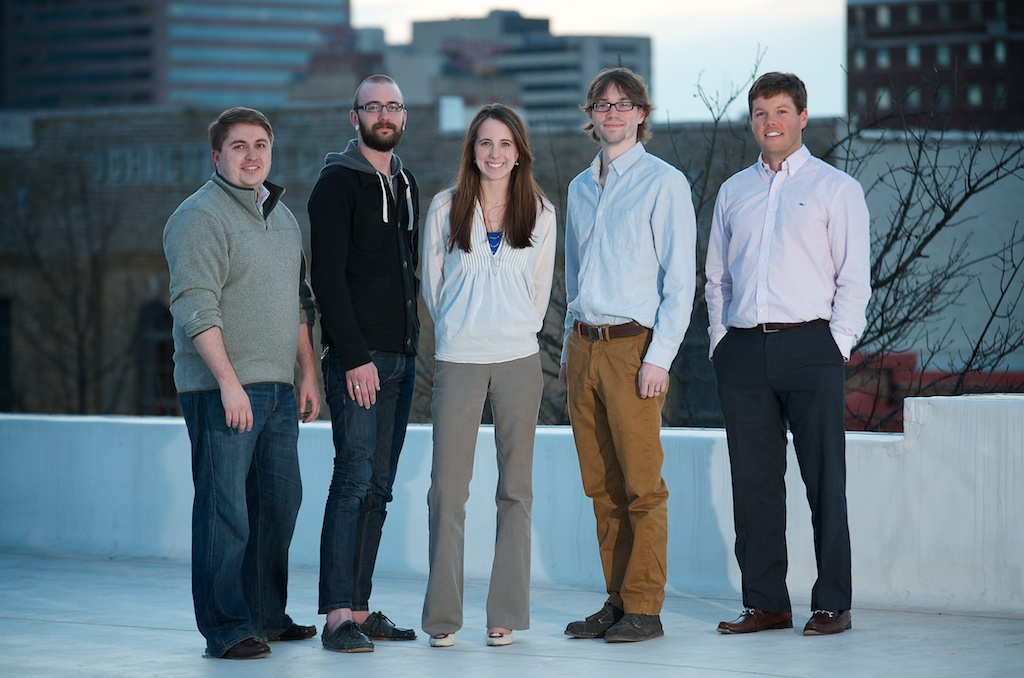 I also had the neat opportunity to take their company headshots and group photos, which were taken at their lovely new building on 1st Avenue. You can view their smiling faces here.

The site has since been rebuilt, great work guys!