Hard to believe that tomorrow starts December of 2020. The years are short and the days are long.

Grateful to be chasing my toddler around the house with matching magnifying glasses, solving “mysteries” that I’ve scrawled on scrap paper. God is good.

I wrote a fair amount of code this month, mostly around the simple markdown zettelkasten work that I finally unblocked. 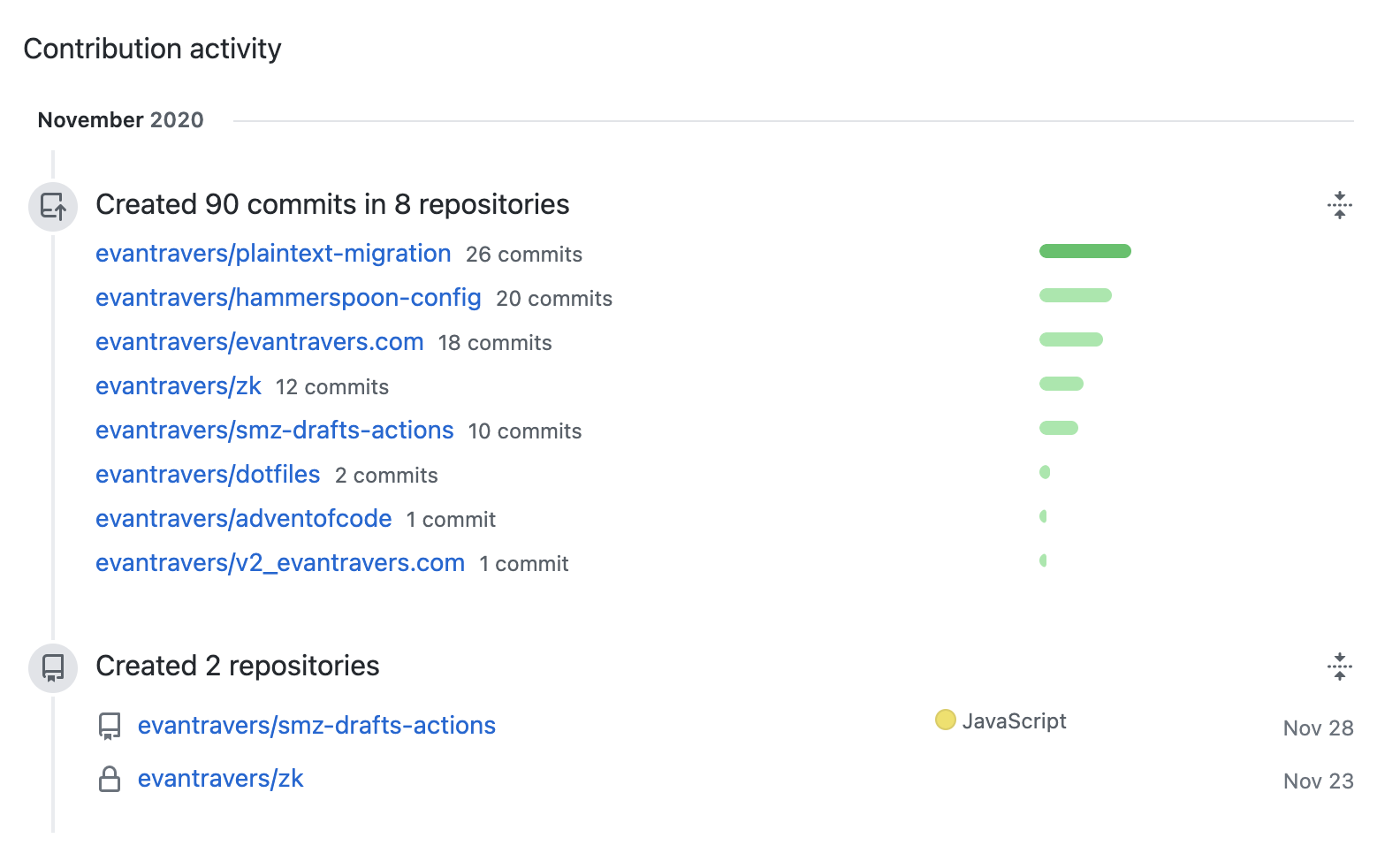 I actually read some books this month! Still trying to get my booknotes straightened out, but this month’s progress emboldened me.

Content warning: Some language and discussion of the sins of soldiers.

I heard about this on a podcast… and it’s a wild ride. It’s very hard to believe that all that happened to one person. The aggressive and decisive decision making under fire is really inspiring.

I’m a fan of “The New Weird,” so I had this on the queue to revisit some of the “weird fiction” that inspired some of the books I’ve enjoyed.

Kind of crazy that this book was in 1971. I can see its echos in Star Wars, Brandon Sanderson, and of course New Weird like the Southern Reach trilogy.

Children of Time by Adrian Tchaikovsky

This book devoured my time until it was done. I don’t think I’ve read it before, but I am fairly certain that I had it explained to me by someone at some point. (Looking at you Robert H.!)

If you like high-concept scifi and haven’t read this one, this is a good one to visit. It deserves the accolades it got.

I remember when I first discovered Line Rider, that Flash game from 2006 with the simple premise of drawing a track for a sledder to ride on. I was immediately sucked into it, doing things like devising elaborate tracks for the rider to overcome, building worlds for the rider to explore, and manipulating the rider to perform stunts.

Eleven years later, after I reversed engineered and recreated Line Rider, after I developed as an artist and explored all types of creative mediums, I finally completed the project and even went beyond my original vision, reclaiming the project to tell a new story. I present to you, Omniverse II.

There’s another word in Chinese for a copy: shanzhai (山寨). It’s translated to English as “fake,” but as with most Chinese words, the translation is lacking. Shanzhai literally means “mountain stronghold;” the word is a neologism, a recent invention, inspired by a famous novel in which the protagonists hide in a mountain stronghold to fight against a corrupt regime. Shanzhai products are playful, drawing attention to the fact that they aren’t original, putting their makers’ creativity on display.

Take the popular shanzhai novel Harry Potter and the Porcelain Doll; in it, Harry goes to China to stop Voldemort and Voldemort’s Chinese counterpart. It doesn’t pretend to be an original. It plays on its fake-ness: Harry speaks Chinese fluently, but he has trouble eating with chopsticks.

It’s easy to think of shanzhai as a Chinese quirk, but there are parallels in Western culture. One in particular, is a staple of the design community: the unsolicited redesign.

expressive individualism is simply this idea that the most authentic individual, the most real person, is the person who expresses or performs outwardly that which they are inwardly.

I found this to be very helpful… it’s a philosophy that spans across our entire culture these days… “that person is so real” is a common refrain.

I wish someone had told me about this distinction when I was a kid, because it’s one of the most important things to think about when you’re deciding what kind of work you want to do. Do you want to do the kind of work where you can only win by thinking differently from everyone else? I suspect most people’s unconscious mind will answer that question before their conscious mind has a chance to. I know mine does.

To try and avoid conventional thinking is an interesting idea… it’s particularly weird since people on both sides of the aisle consider the other side to be the convention.

More generally your goal should be not to let anything into your head unexamined, and things don’t always enter your head in the form of statements. Some of the most powerful influences are implicit. How do you even notice these? By standing back and watching how other people get their ideas.

This sounds like choosing to develop your worldview more than anything else. I can agree with that.

It turns finally to the world-changing ideas of Friedrich Nietzsche, Karl Marx, and Charles Darwin who each “in their different ways provided conceptual justification for rejecting the notion of human nature and thus paved the way for the plausibility of the idea that human beings are plastic creatures with no fixed identity founded on an intrinsic and ineradicable essence.” It is through these men that society’s notion of the self became psychologized.

YOU’RE ALL JUST JEALOUS OF MY JETPACK

I love this artist. 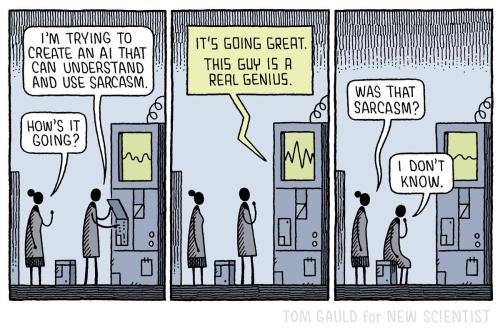 Jeffrey Paul: Your Computer Isn’t Yours

We were all super confused when this happened mid November… but now I’m just concerned. It probably wasn’t a malicious design originally, but this sounds like something that a company truly committed to privacy should address.

On modern versions of macOS, you simply can’t power on your computer, launch a text editor or eBook reader, and write or read, without a log of your activity being transmitted and stored.

It turns out that in the current version of the macOS, the OS sends to Apple a hash (unique identifier) of each and every program you run, when you run it. Lots of people didn’t realize this, because it’s silent and invisible and it fails instantly and gracefully when you’re offline, but today the server got really slow and it didn’t hit the fail-fast code path, and everyone’s apps failed to open if they were connected to the internet.

Jeffrey Paul: Your Computer Isn’t Yours