As of this month, this makes one year of doing monthly link posts. I’ve been reading some stuff about the indieweb, and my format may have to change to support the microformats, but I’m kind of pleased that I’ve made it this far.

Thoroughly enjoyed it. Better than the first two. Great series.

This was the first of the three books I listened to rather than read on the kindle. I thought the narrarator did a fantastic job. I giggled often at her reading of Presger Translator Zayat.

The manners and high-seas politics of the Radch continue in this book. The newly appointed Fleet Captain Breq continues her private war against the Lord of the Radchaai while juggling the alien Presger and various issues with her crew. Very fun, and weirdly sweet.

The Three-Body Problem by Cixin Liu

I heard good things about this one, and it didn’t take very long to get totally onboard now. Read 30% of it in the first sitting. Read the whole thing in basically two days.

I found it very compelling and thrilling, some light language issues, but other than a very gripping and fascinating book.

Is it possible that the relationship between humanity and evil is similar to the relationship between the ocean and an iceberg floating on its surface? Both the ocean and the iceberg are made of the same material. That the iceberg seems separate is only because it is in a different form. In reality, it is but a part of the vast ocean.… It was impossible to expect a moral awakening from humankind itself, just like it was impossible to expect humans to lift off the earth by pulling up on their own hair. To achieve moral awakening required a force outside the human race.

This argument is very familiar… and odd to hear it being about aliens rather than about God.

I think this article is intended to start a flamewar (and I’m sure it has…) but I think it brings up some very good points.

We’ve become so entangled in our processes that we forget to stop and think about how useful our design really is.

I think that this is especially possible as you scale the development complex up to enterprise stages, it’s easier to stay grounded in smaller teams.

Some real surprises in here for me, although I was pretty happy to read:

For the first time since 2009, JAWS is not the most common primary screen reader reported, with NVDA now having slightly higher usage.

I really like the small affordance of showing the user which shortcuts they’ve already discovered. That’s very neat!

Here’s a little mystery. Why is it that – a bit like hangovers and pop music – most products somehow seem to get worse with age?

You’d think the opposite should be true: that having a great team spend many years iterating on a product should eventually result in some immaculately perfect finished product. Instead after ten years it’s suddenly harder to unlock your phone. Why?

The conference approaches hospitality in a philosophical sense; the focus has never been on the mechanics of restaurant service, but rather the alchemy involved in creating and sustaining a broader ethic of warmth, generosity, and human connection that can apply to any commercial interaction, whether it’s preparing a latte or examining a dental patient.

I really like the spirit of this… and thanks to my friend Bianka, it turns out they have some videos online! View them here

I have been enjoying my foray through vue, and I really appreciate that they have a style guide with guidance for common problems, like form validation.

It’s important to not make presumptions in design if you can help it, so I’m going to show you a quick and easy way to honour the user’s operating system preference by default, but also give them a toggle button to change their preference, manually.

A common design pattern is to have something like a “card” element that has to be fully clickable. This is usually because it links to another page or triggers a JavaScript action.

In this article, we’re going to remedy this common crime by instead using the magic of CSS to give us the desired fully clickable element effect, while also using proper semantic elements and JavaScript and as an enhancement.

Great article… I’m definitely going to have the need for this before too long.

How To Make Fantastic Feathersticks

Feathersticks are extremely useful under certain circumstances. Yet many people who enjoy bushcraft, survival skills and outdoor life are not particularly well practised in the skill of making them.

Many books, particularly those involved with survival training, contain images of what are often referred to as “fuzz-sticks”. These are little more than twigs with a few short, shallow knife cuts made around them.

On the other hand, feathersticks – when made properly – provide a very certain way of establishing a fire in otherwise potentially difficult circumstances.

A while back I learned about Russian Ark, an insane dream-history of Russia in one continuous shot. It’s a breathtaking achievement, an unblinking miasma of historical imagery swimming in front of the viewer as dreamer.

It’s worth checking out a little bit… the effect of watching minute after minute of film without a single perceivable cut is very strange. You feel like you don’t have room to blink. 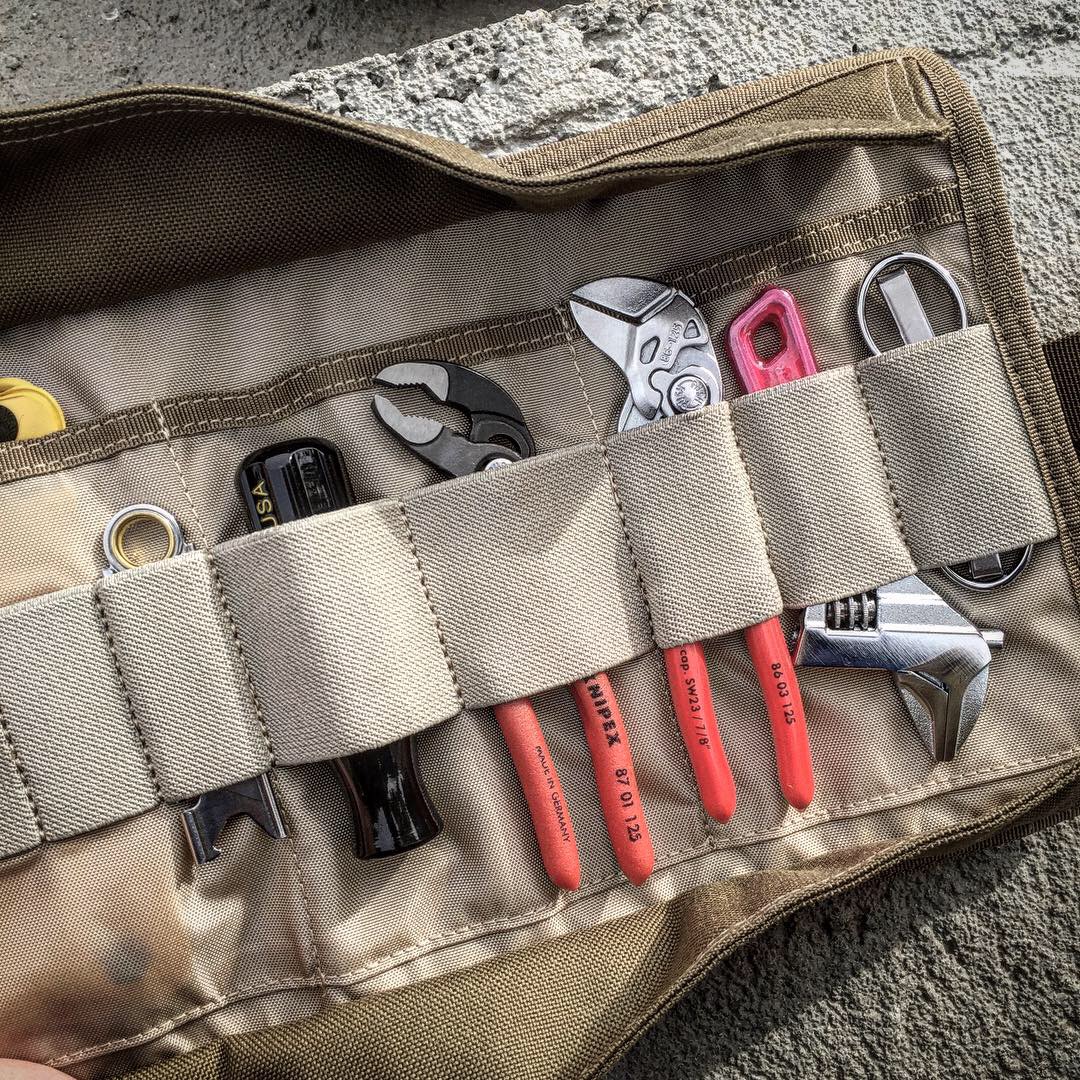 While talking with @megalithic, he mentioned wanting to put together a tool roll… and I reached for this useful blogpost series.

Is Enlightenment Compatible With Sex Scandals?

Last year I reviewed The Mind Illuminated, a meditation guide by Buddhist teacher Upasaka Culadasa. Last month, Culudasa’s Buddhist community accused him of cheating on his wife with prostitutes for many years. Culadasa doesn’t seem to agree with the exact details of the accusations, but he also doesn’t seem to deny that there was something in that general category of thing. What can this teach us about enlightenment?

I don’t think many modern teachers say enlightenment makes you morally perfect. But I think at least some of them say it makes you free from craving or desire. And repeatedly cheating on your wife doesn’t seem like the action of someone who’s free from desire. It doesn’t even seem like someone whose desire has been moderately decreased. It sounds like the action of someone who has at least as much desire as anyone else.

While it’s easy to scoff and laugh, there’s a truth about the universe contained in this question. Certainly christianity isn’t immune from leaders committing heinous acts… the author may be right and it may have to do more with fame than with the alleged enlightenment.

I was surprised to see some admissions that the process of obtaining enlightenment also reduces your inhibitions. It fits my worlview’s understanding of “enlightenment,” but I didn’t expect to read it here.

The Nightmare of Valve’s self-organizing “utopia”

I used to dream of getting to work at a place that self-organzied life Valve. I’m sure it was once really great… but now that I’m a little older, reading these horror stories don’t surprise me at all.

Turns out, flat simply means the hierarchies hide beneath the surface. To survive you have to take sides or risk being taken down by a rival development team. You learn to code defensively, never reveal vulnerable personal information about yourself to coworkers, never ask for help unless it’s absolutely necessary, and to seek the patronage of a powerful baron.

Yikes. I’m sure that this is only one perspective and there were really good times, but it does seem like one of Cave Johnson’s own experiments gone horribly awry.

It might be easy to dismiss a music project from actor John Reilly, but that would be a huge mistake: Reilly is a fine singer…

IndieWebify.Me - a guide to getting you on the IndieWeb

I’m really interested in implementing the indieweb stuff on my blog, and this article is pretty helpful.

An HTML Element Potentially Worth $18M to Indiegogo Campaigns

Where @grigs shows how a simple HTML fix can get a 0.5% increase in transactions worth $4.4M:https://t.co/JZAr7weeoL
Now let’s do one where a simple accessibility fix increases your market by up to 20%.

Amazing guide to finding second-hand gear… definitely going to be a link I use to answer the questions I occasionally get… as well as an enabler for my search for the perfect carry. :P

“How did I get here?”: Documentary Now!’s little Talking Heads tribute that could

This seems like such a labor of love to an amazing concert movie… I can’t wait to watch it.

I’m a sucker for learning about people’s creative processes, and therefore I’ve been really enjoying Song Exploder, and this episode really grabbed me. I’ve always enjoyed Cat Power thanks to my friend Joy, but hearing Chan Marshall talk through her process… I love the way she talked through the textures she layers into the song. Wonderful.